I wish I could figure away to include the fragrance on this site!!!  Wisteria = Glicine 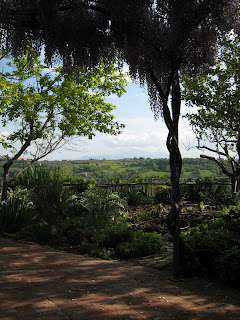 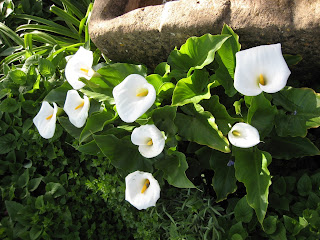 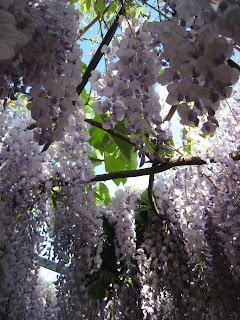 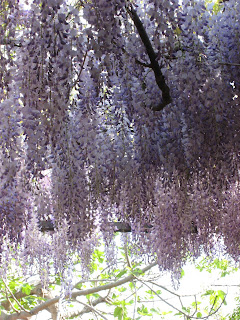 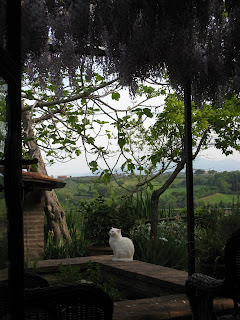 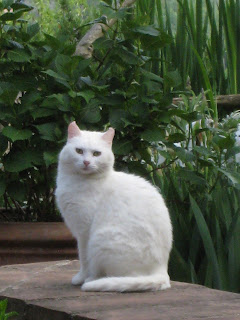 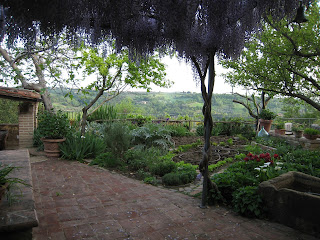 Like a stained glass ceiling, laced with fragrance that, oddly, gets stronger in the cool hours of the evening.  Breakfast room doors open.....

Weather is gradually improving, but we still have the soft, luminous light that comes with the spring showers.

Planning is beginning for a small film experience at the end of July!!  Films under the stars, beginning, we hope, with a dinner reception for the director and actors of the Saturday film.  These will all be new works from the 2012 festival season.

The 2014 Montisi Italian Film Festival program will be finalized in terms of the featured classics and contemporary films, in June/July so you can mark your calendars.  The New Works components will be drawn from the Vienna, Milan and Rome Film Festivals which will all be finished in November.  Dates for 2014 will be finalized at a meeting this week - probably April 12 to 8.

Off to buy a wisteria vine for a neighbor...  I think being a door-to-door wisteria salesman would be a good idea this time of year!!